who talks to me knows that I am with a singer who does not breathe, and I was aware of a concert that I had to perform in oviedo, Spain, and planning a route and decided to go to valladolid, and re-engage oviedo, all by national, I leave you some photos at 4 in the morning ready for the trip 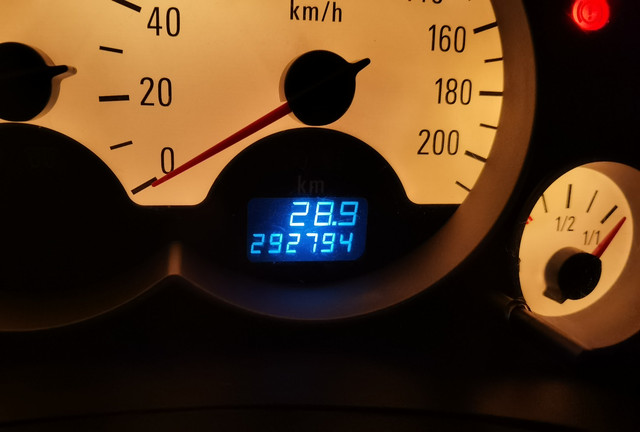 as bad of the trip and to say that the google maps I messed up, since I was waiting in valladolid at 8am, and I arrived about 11, until I notified the hotel to have the room ready at 8 for nothing u.u


I went to Valladolid for a private reason, perp I must say that I did not like anything, it is a very central city, without being able to park almost, and walking all to one and something, and the outskirts of the mountains, I spend a very strange thing also in a bar, that apart from stealing € 2.5, for a coke, after a while the clerk comes out and I let go "are you still here? I thought that ys you had left" catch such an astonishment that I put it in reviews on google, because what a fabric....

it has a lot of forest, but no area with tables or picnic area to edtar with so with the car in front and quiet one afternoon, that on top of the stupid bar or some sucked olives I knew how to give

the night in the hotel very Take it easy , I do not put you photo that @4Bolts and ozsu fall in love with my beauty xD

without more, the next day and planning hours and stops, we started for oviedo, it was my first concert, I did not know what I was going to find, I felt like a child with a candy, I knew that they gave me rain on the trip, and that the road was a mountain area and with curves, and bad mobile coverage, but the corsa behaved as it should and the semis did not even know that it was raining, even so, I arrived at the hotel on my hour, slept a couple, and at the concert, I leave you some photos of the trip, which spain it is very different between regions, you can find a lot of forest, like all plain, like every field, of all colors, it even made me want to cry, if xD, cry, seeing how it has been the complete trip and see what the president we have is doing of Spain .... but it's another topic, let's go to the photos!!

This is in an area where I just found this tower, it seems to me a shame that these old things exist and they do not spread them, of how important they are and they have them without further ado

In this photo something very strange happened to me, circulating only between straights, as I see through the glass next to me an eagle flying, in the areas of your steering wheel, it overtakes me, looks at me, and goes to the right, I had to stop and take a photo of the road and area, because it had never happened to me, it's funny how as we mature we value other things, now it will jump @ 4Bolts saying that it is because of age, that I already need a cane, and that it will be best to donate the corsa xD

and without more, the concert, has been incredible the hour and a half, although you could not take photos or videos, I meet the rule as a good person

and without further ae, I leave you a photo of the total km when I get home, and the difference between my area and Valladolid, where it is all countryside


I hope you liked my trip this year, although oviedo is purring me to go spend the end of the year / new year and who knows, pack your bags
1 - 1 of 1 Posts
Join the discussion
Continue with Facebook
Continue with Google
or sign up with email
About this Discussion
0 Replies
1 Participant
Last post:
jewels 18 d ago
Vauxhall Corsa-C Forum
A forum community dedicated to Vauxhall Corsa owners and enthusiasts. Come join the discussion about performance, modifications, troubleshooting, parts, maintenance, and more!
Full Forum Listing
Explore Our Forums
General Chat Your Corsa C Parts For Sale Mechanical ICE, Electrics and Lighting
Recommended Communities