liviu2004 said:
1. Remove coil pack.
2. Crank and listen the engine.
3. Is it repetitive noise or is skipping sometimes?
Click to expand...

The results are it makes a sort of dododo--dododo--dododo sound. Like 3 attempts then a gap. I just unplugged the coil rather than removing it. I hope this is ok.
M

Joined Dec 24, 2013
·
2,203 Posts
Torquing things up with timing tools in is asking for trouble. I wonder if you snapped a camshaft, the ends usually break off first normally causing no issues.
Z

Joined 9 mo ago
·
43 Posts
Surely the camshaft would have obviously snapped when I was torquing up the sprocket. It didn't, so presumably it should be ok?

How could a cylinder have got no compression when doing the timing chain? None of that stuff was touched. There was no error code for misfiring before the timing chain was changed.
Z

Joined 9 mo ago
·
43 Posts
Does the Z12XEP have hydraulic tappets? Could it be an airlock or water that has got into that?
L

Zelphium said:
The results are it makes a sort of dododo--dododo--dododo sound. Like 3 attempts then a gap. I just unplugged the coil rather than removing it. I hope this is ok.
Click to expand...

No compresssion cylinder 4 unfortunate. Keep in mind petrol washing cylinder walls but still ...
Stop wasting time with coils and stuff, no point. Valve cover to be removed and visual inspection to be done. Save battery stop cranking.
M

Joined Dec 24, 2013
·
2,203 Posts
It does have hydraulic lifters. Use a compression gauge to confirm a compression issue. I've done a few chains and the cams dont need removing so can see why a lifter would stick etc.

I'd confirm with compression tester before going any further.
Z

Joined 9 mo ago
·
43 Posts
Thanks everyone. I have a compression tester coming tomorrow or the day after. I'll see what happens with that. Having just done the chain I don't fancy having to take the head off, but I've a nasty feeling I might be going there. I really appreciate the help!
Z

liviu2004 said:
No compresssion cylinder 4 unfortunate. Keep in mind petrol washing cylinder walls but still ...
Stop wasting time with coils and stuff, no point. Valve cover to be removed and visual inspection to be done. Save battery stop cranking.
Click to expand...

What would be the problem with petrol washing the cylinder walls? It would prevent lubrication and therefore wear out the cylinder/piston rings or cause blistering if I ran the engine?
C

Joined 9 mo ago
·
43 Posts
Plug seals as in spark plug seals? Are these the rubber parts on the coil pack?
Z

Joined 9 mo ago
·
43 Posts
I tried the compression test, and there's nothing at all on cylinder 4. I put in oil and nothing still, but there;s still oil in the cylinder so I think the gauge got blocked with oil rather than the piston/ring is at fault. So this leave gasket and valves. Since it's just one cylinder and there's nothing in the oil and water I suspect that leaves the valves as a problem. Is this something I can look at without taking the cylinder head off?

I did find a flake of something silver on one of the cams. It crumbled easily so I suspect it was just paint somehow, but thought it might be relevant. I'll try to get some pics and videos.

The cams look fine, and the camshaft seems fine as well.
Z 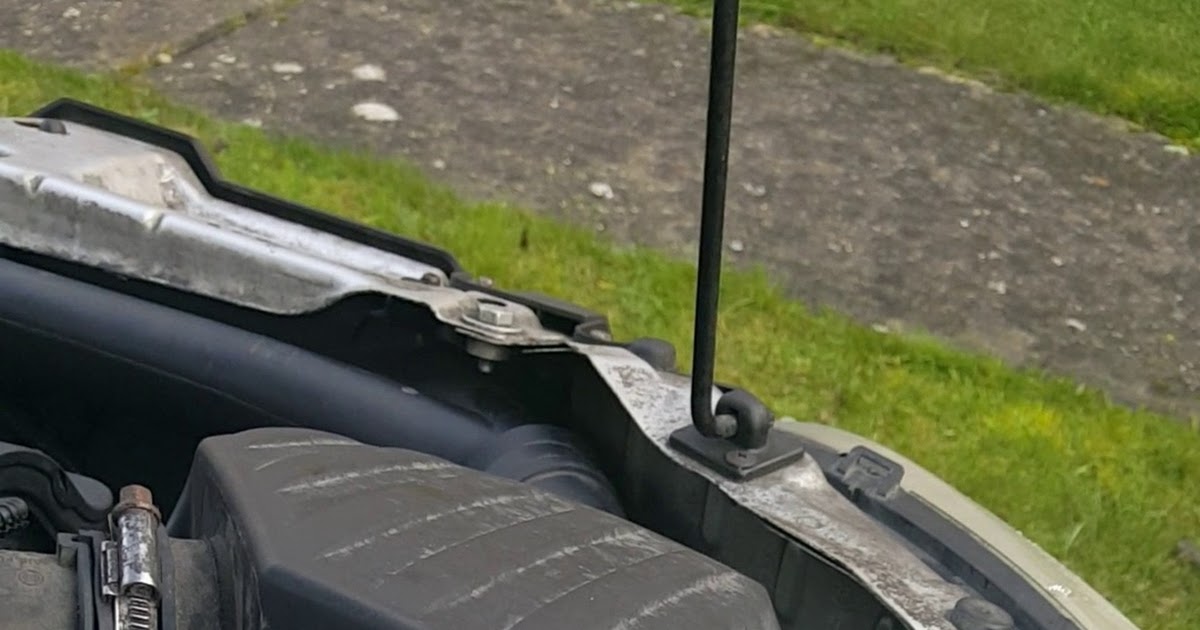 Engine sound starting (with no ignition): 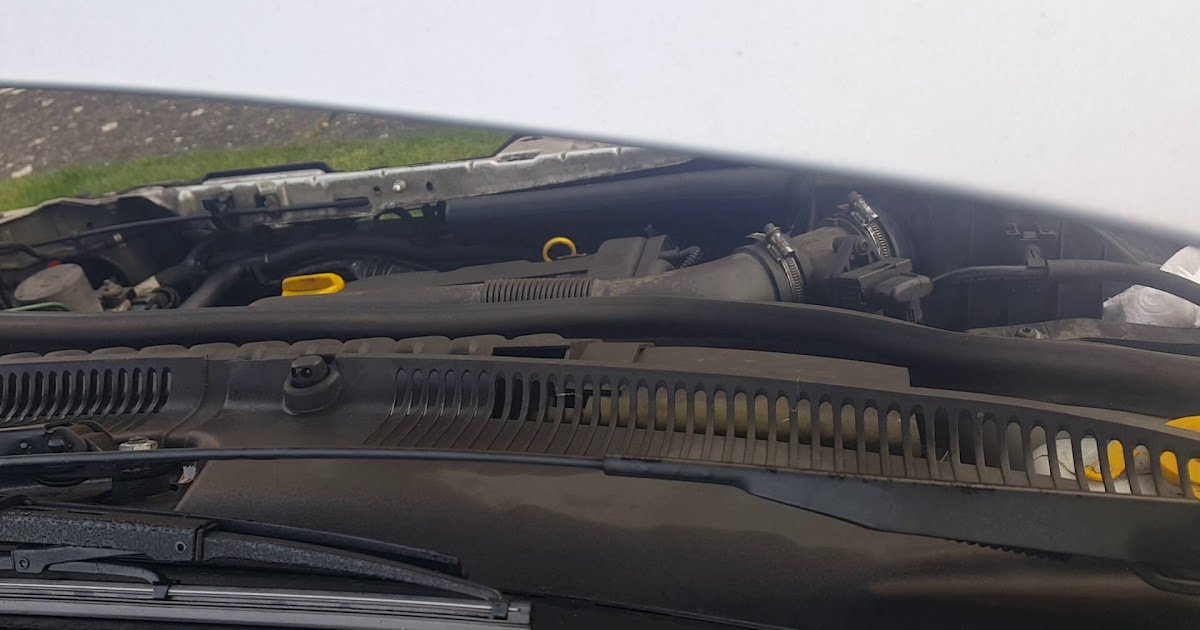 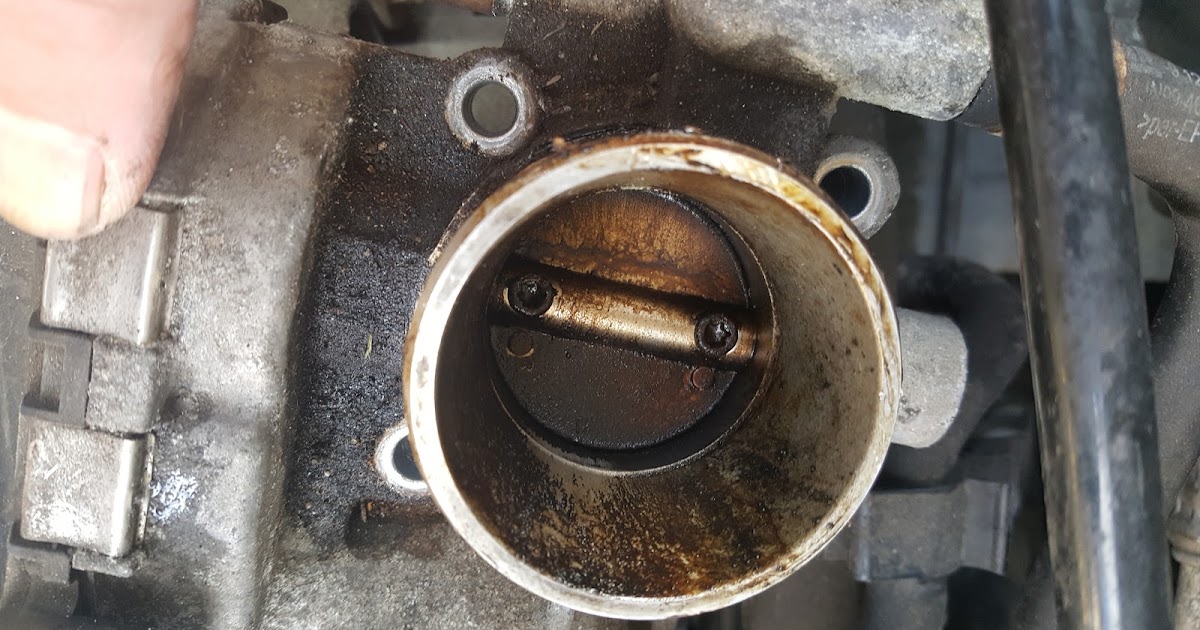 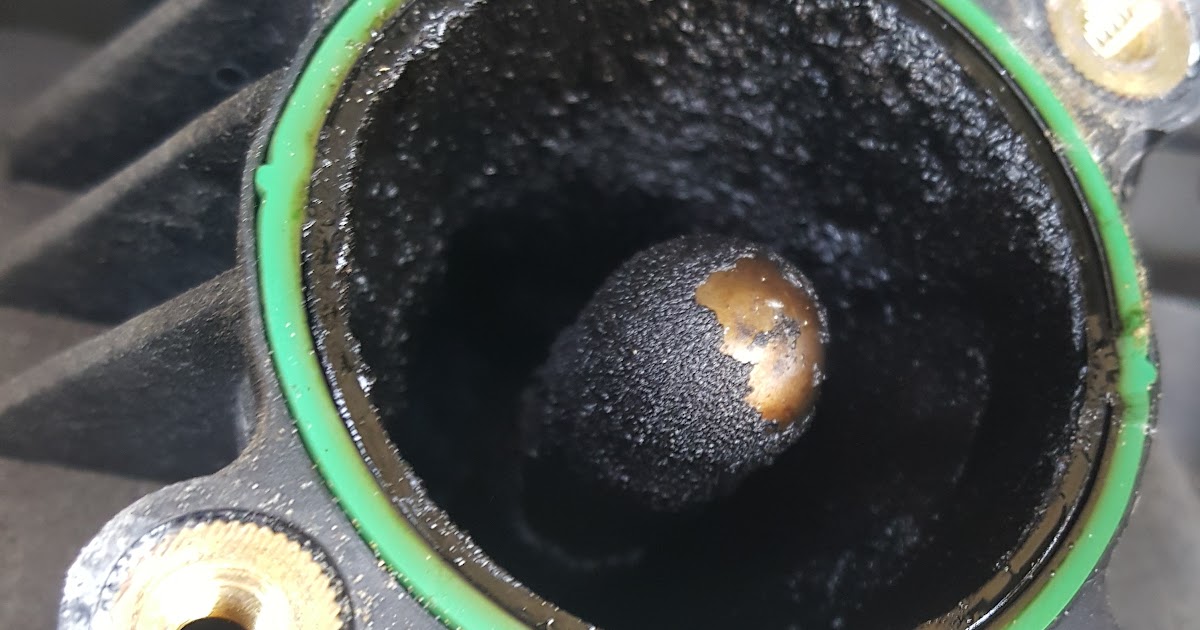 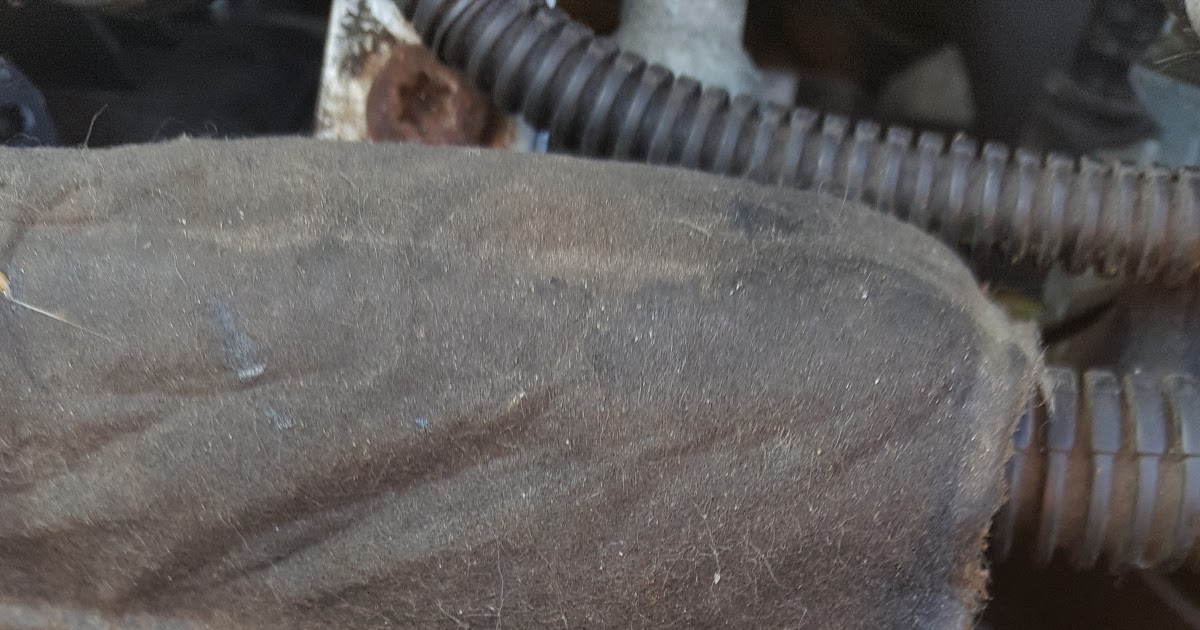 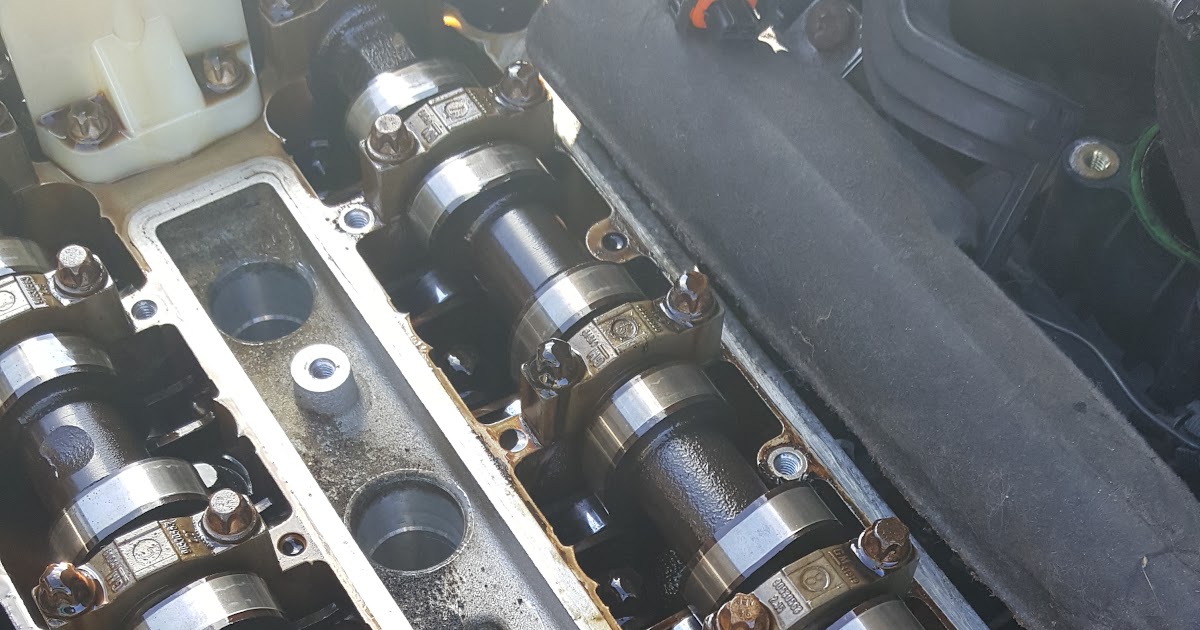 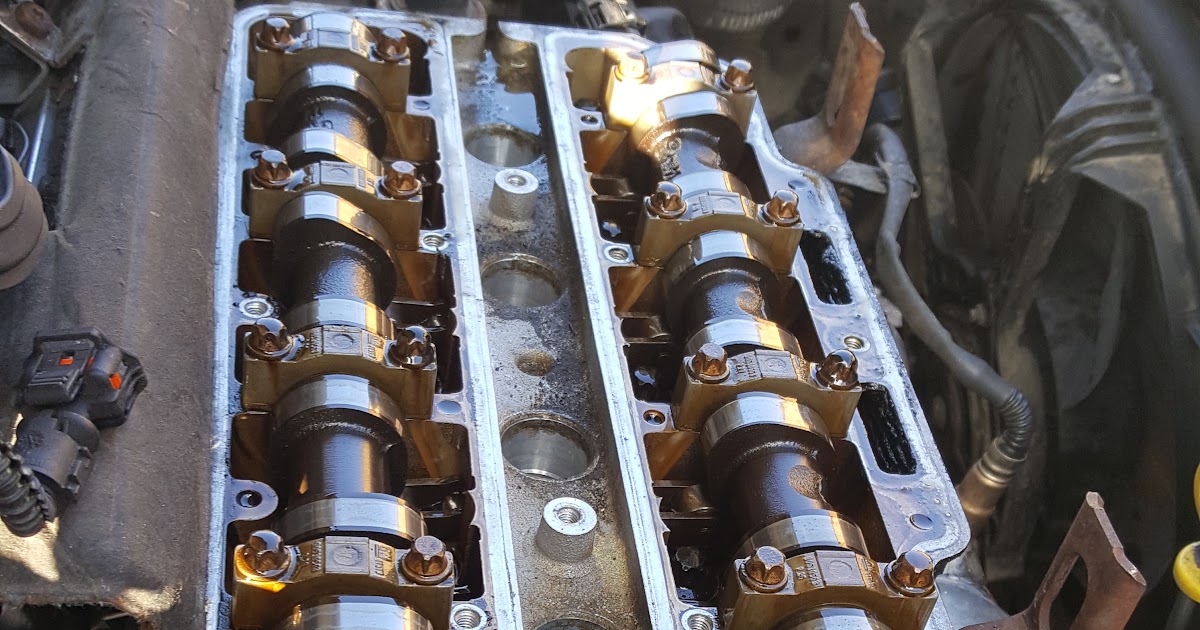 Joined 9 mo ago
·
43 Posts
I assume that as it's just one cylinder the timing must be ok?

From here I guess my only option is to take the head off and if the gasket's ok then take the head in to have it reconditioned? What should look for in the head? It';s going to be a job to remove it, is there anything I can do before that?
L

Joined Aug 18, 2012
·
1,455 Posts
I think bad timing or chain slipped and piston 4 was the first to hit the valves. Metals remains when camshaft pushed on the valve rod. I assume.
Z

Joined 9 mo ago
·
43 Posts
I've checked the timing and it seems to be spot on on the inlet side and slightly out on the exhaust side, but not what I'd expect is enough to cause a problem, and again, it's only on one cylinder that there's a problem, the others seem to run fine. 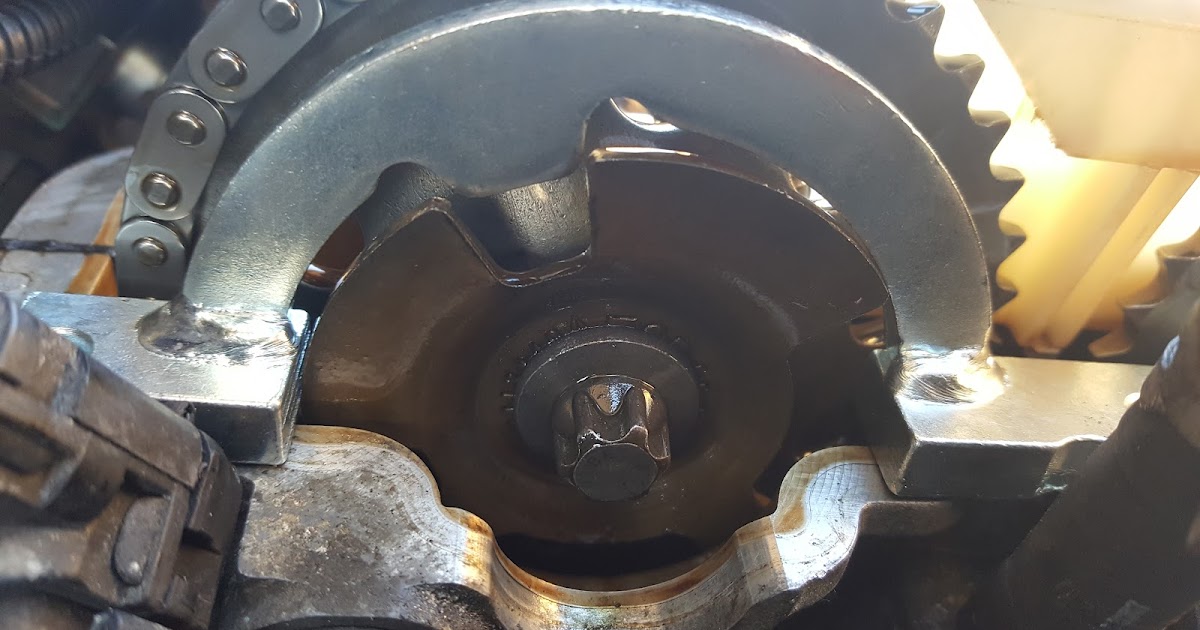 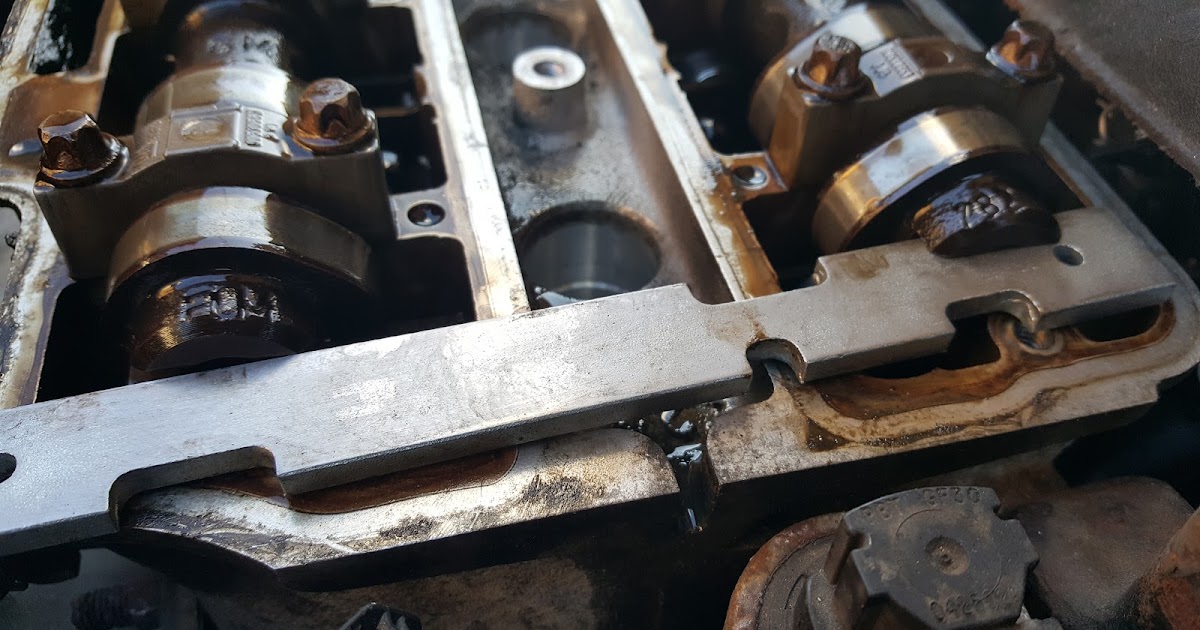 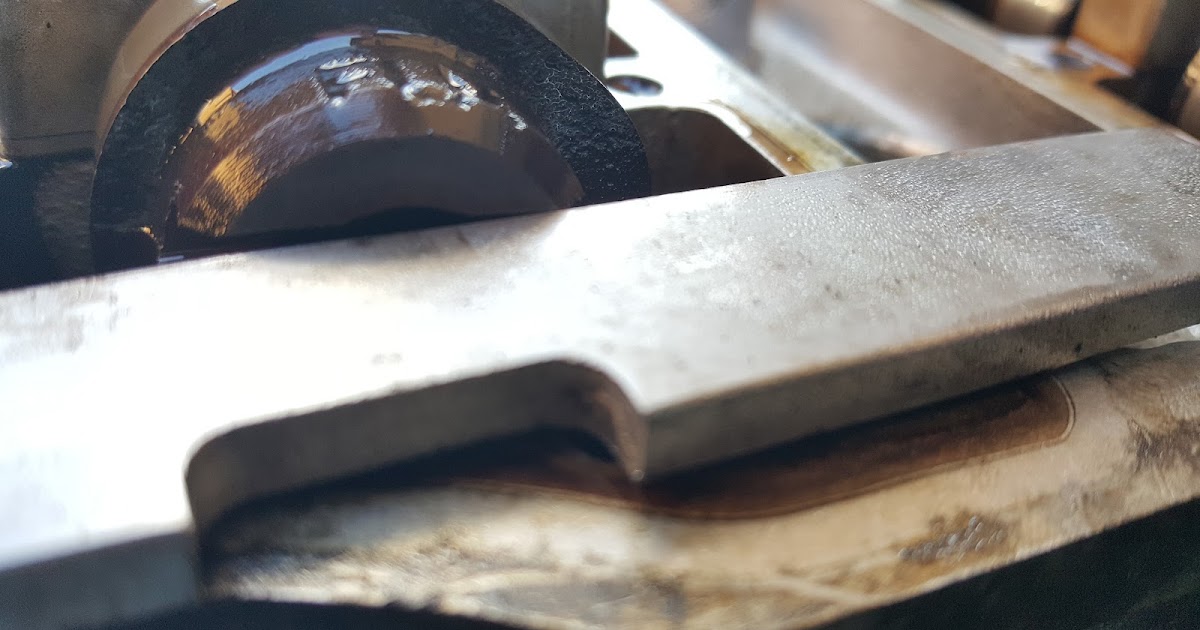 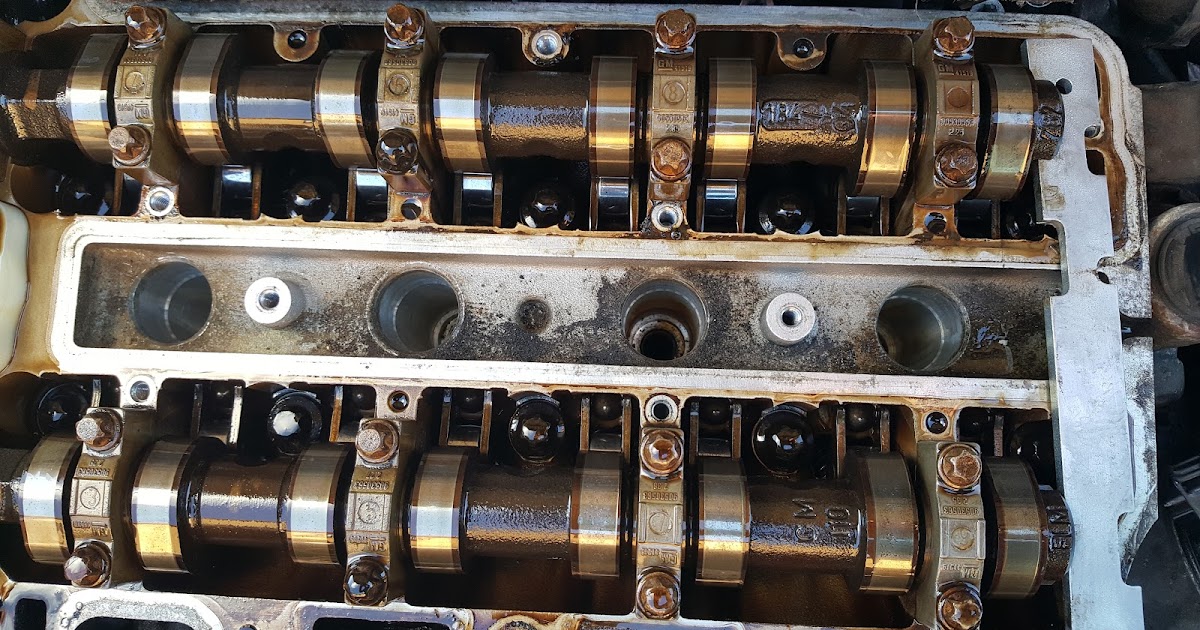 Joined 9 mo ago
·
43 Posts
The silver stuff was literally resting on the cam, and would surely have fallen off if the engine was running. I think it's probably just a red herring and some paint fell onto the cam, as it had the consistency of either decomposing paint or very thin chrome plating.

Could this be something as simple as the type of oil I've used? I did an oil clean thing before I drained it, then refilled it with 5W30. If it had thicker oil in previously could it now be causing valve failure, such as through a leaky tappet, to the extent there is no pressure in one cylinder?
M

Joined Feb 8, 2012
·
1,325 Posts
It's not going to be the oil you've used. Most likely the valves have gotten damaged, the exhaust cam lobe doesn't look very good either but it may just be the way the light is reflected.
Z

Joined 9 mo ago
·
43 Posts
The camshaft and the crankshaft were locked the whole time I was working on the engine. I think the valves might well be damaged but I can't see what I've done that could have damaged them. They've never been out of timing.

I'm really struggling to get the cylinder head off. The bolts on the exhaust manifold are snapping off, the heads have rusted away and all are seized even with lots of WD40. The inlet manifold doesn't seem to want to budge, having followed the Haynes manual removed the only fastener I could see behind it which turned out to be some kind of earth instead. I think will have to take the radiator off to fit a socket onto the exhaust manifold but that probably requires draining the air con which I don't have the equipment for. And at the end of that I've got to recondition the cylinder head, which I've never done. This is seeming like a monumental task doomed to failure. It's my first car in 10 years, I've been off sick for that long and been utterly broke and I don't have the money to do anything but fix it cheaply myself so I can start a new job. And my bad back is killing me trying to do this. Every step seems to require new tools and parts which then take ages to arrive. It took me 3 days to get to the timing belt in the first place, and another 3 to replace it and get everything back together. I've done major work on other cars I've had but they were 10 years older. This job just seems to be a mystery, and it's been a real fight at every stage. But if I can't get the cylinder head off I'm stuck. And I still have to figure out what the basic problem now is. It seems the valves randomly decided to destroy themselves.
L

Joined Aug 18, 2012
·
1,455 Posts
Yeah, life sometime’s hard but laugh in it’s face and keep going. We have lot of info available, but we are just behind a keyboard.
21 - 40 of 70 Posts
Join the discussion
Continue with Facebook
Continue with Google
or sign up with email
About this Discussion
69 Replies
7 Participants
Last post:
Zelphium 7 mo ago
Vauxhall Corsa-C Forum
A forum community dedicated to Vauxhall Corsa owners and enthusiasts. Come join the discussion about performance, modifications, troubleshooting, parts, maintenance, and more!
Full Forum Listing
Explore Our Forums
General Chat Your Corsa C Mechanical ICE, Electrics and Lighting Progress Area
Recommended Communities