Joined 3 mo ago
·
357 Posts
to see kids a contest for everything, movie cars! Who gets it right puts the following and let's see which one we forget hahaha 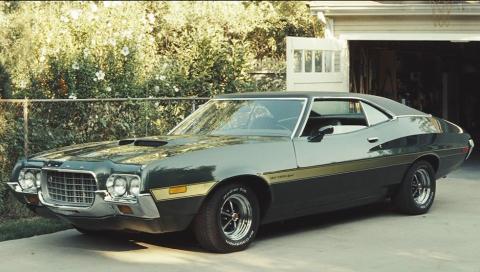 
But everyone knows Starsky and Hutch (well, I do). Try this car - and the film it appears in

Sent from my BLA-L09 using Tapatalk

Joined May 22, 2018
·
2,603 Posts
I thought I'd give other people a go, but no takers? Maybe because the car was only made for the film (Robocop). My favourite thing about the 6000 SUX is not the name but the hostage-taking guy who wanted the car (I had to look up exactly what he said, which is cheating a bit)
"First, don't f*** with me. I'm a desperate man! And second, I want some fresh coffee. And third, I want a recount! And no matter how it turns out, I want my old job back!"

I can't think who that reminds me of.
This car is quite recognisable - what film is it best known for?

Joined Nov 28, 2015
·
165 Posts
Everyone will say they are Mini Cooper S but that's only partly true. There were loads of Minis used during the filming and to keep costs under control many of them were standard Minis or the cheaper non S Cooper, especially the ones that got smashed up.

Fun fact I once owned one if the original white Cooper S Minis from the film for about 15 minutes, which is a story in itself for another time.

No Mini Coopers were harmed in the filming of this scene.


This actual car was sold at auction, having been used in the American TV series (several were used in the 1980s).

What about this one?

Joined May 22, 2018
·
2,603 Posts
Yep, 308GTS and I avoided including Tom Selleck in the picture so well done. I was thinking about doing the car you've put up, dgo, although it might be unfair on jewels as I don't know for sure if the series was shown in Spain. To be really nasty, I was going to post up his boss's car in the prequel series:

ozsubrosa said:
Yep, 308GTS and I avoided including Tom Selleck in the picture so well done. I was thinking about doing the car you've put up, dgo, although it might be unfair on jewels as I don't know for sure if the series was shown in Spain. To be really nasty, I was going to post up his boss's car in the prequel series:
Click to expand...

Ooh that wouldn't be easy.

I was thinking of posting this one. At least it's geographically closer to Spain:

Joined May 22, 2018
·
2,603 Posts
That car also occurred to me! I saw a docu and, apparently, they couldn't really do chase scenes because it was so slow . They would film it going round tight corners so the 20mph didn't look too pedestrian.

I'm going to step back to see if others have a crack at these. 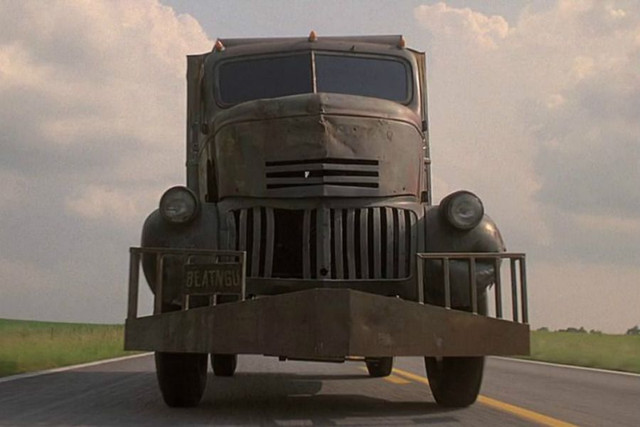 come on, it's easy

Joined May 22, 2018
·
2,603 Posts
Your rules, jewels, are to identify the previous car+film before putting up the next puzzle. I shall help you out with dgo's cars - because they were used in UK television series, so it's not really fair on you.

The maroon Jaguar MkII was used by Inspector Morse (fun fact: I've read most of Colin Dexter's Morse novels, written before the TV series, and Morse drove a Lancia - probably a Beta. Perhaps the show's producers thought that a Lancia Beta would rust before they got to the end of a 2hr episode. I also read somewhere - but this might not be a fact - that the MkII was hired from an owner who cherished it and they did not tell him that they planned to film another car crashing into it - twice - in an episode of the first series. The owner was, understandably, very annoyed even though the damage was repaired.)

The black Jaguar MkI was driven by Superintendent Thursday, the superior officer of the young Morse in the prequel series, Endeavour. Morse was allowed to drive it sometimes, which explains why he kept a MkII as his own car when he became Chief Inspector Morse in the 1980s, even though the car was decades out of date. I remember that you could get a looked-after MkII for £6-9000 in the 80s before Morse, but they became a £20,000 car after the programme became a hit.

The last maroon car is the Triumph TR3 driven by the Jersey-based (hence the number plate) Detective Sergeant Jim Bergerac in the TV show Bergerac.

Your truck, jewels, looks like it's from a horror movie - which is not my thing - but I suspect it is a Chevrolet, if that helps anyone.
O