Joined May 22, 2018
·
2,830 Posts
Keep an eye out on ebay for a used MAF from a working car. Needs to be a Bosch because others don't work well but, as you say, pricey. A used one for £15 or less would tell you if yours is a duffer and, if problem solved, you can look out for a new one ready for when the used replacement fails.
G

Joined Apr 15, 2012
·
106 Posts
Ok great thanks and I was thinking of doing that. I’ve had a look on eBay and I’m assuming any of these will do and if so I’m thinking of going for the first one as it mentions about low mileage? 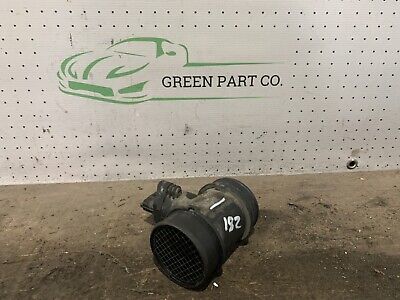 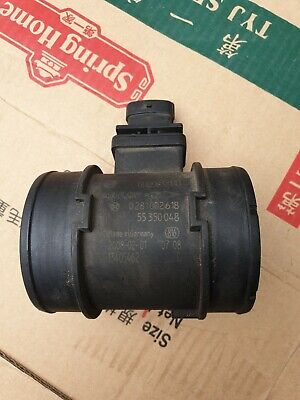 Joined Apr 15, 2012
·
106 Posts
Also I’ve just ordered and OpCom so will have a good at getting some readings as soon as it arrives and post them.

Joined May 22, 2018
·
2,830 Posts
The first or perhaps second MAF should be. The third definitely not as it's for a 1.9 diesel and I think the 4th is for a 1.2XE rather than a XEP. Best to check that long number matches yours, ending in 031 I would imagine, but safest to look and get the same numbers.
G

I got my OpCom from @OpComDiagnostics this week and went out for a 25 minute drive to record some live data with the only fault code being as follows, which I already knew about:

Here is the csv file containing the live data:

I appreciate there is a lot and so I tried to record the times when the high revving at idle happened so you may want to the following rows of the spreadsheet, which I hope is helpful:

I don't really understand what I'm looking at but just from looking at the numbers, the following columns possibly stand out:

In relation to the first one (MAF sensor), I inspected this previously and it didn't look dirty at all but I guess it doesn't mean that it isn't faulty. The figures in column P do generally seem to vary quite a bit and for example, just in rows 4263 - 4558 it goes from 6 - 107 and everything in between with seemingly no obvious pattern, although this may be perfectly normal.

Also as I mentioned, I’ve only very recently replaced both lambda/oxygen sensors with new ones so if I’m right then it could be the latter of the above although I guess the replacement sensors may not be any good.

I’ve also read that low fuel can trigger this code and I’ve let mine run down to very low in the past so whether anything might just need to he reset following the replacement sensors I’m not sure just trying to put some possible ideas out there.

I could be completely wrong of course so would be grateful for any thoughts/ideas as to what may be causing the issue and how I could resolve it.

OpComDiagnostics said:
High revving at idle is most likely to be an air leak on the inlet side somewhere.
Click to expand...

Thanks and I suspected it might be this although a mechanic seemed to think he had fixed one but there could be multiple. Even if the live data rules out another sensor issue and determines it’s definitely another air leak then I’m happy with that and have a firm starting point to investigate further.

Apologies but where do you mean inlet side and is there an easy way to test for an air leak? I say this as it’s difficult to get down into the engine bay to check for split pipes underneath.
M

Joined Dec 24, 2013
·
2,340 Posts
I normally get a hose pipe and turn it on slowly. If it finds a leak you will hear it suck in plus the revs will change. Try keep the water away from the electrics were possible.
G

marks152 said:
I normally get a hose pipe and turn it on slowly. If it finds a leak you will hear it suck in plus the revs will change. Try keep the water away from the electrics were possible.
Click to expand...

I’ve got a can of electrical contact cleaner that I used on the MAF will that have the same effect?
M

Joined Dec 24, 2013
·
2,340 Posts
You can do. Just be careful because its flamable. Id recommend water rather than anything flamable. Use a trigger spray with water or a cup and pour it on anything you suspect could be leaking. Check the pipe that runs from the throttle body to the drivers side inner wing. Ive seen these wear through right by the maf.
M

marks152 said:
You can do. Just be careful because its flamable. Id recommend water rather than anything flamable. Use a trigger spray with water or a cup and pour it on anything you suspect could be leaking. Check the pipe that runs from the throttle body to the drivers side inner wing. Ive seen these wear through right by the maf.
Click to expand...

I think it might be the pipe circled in red which is just behind/below the MAF is this the one you mean: 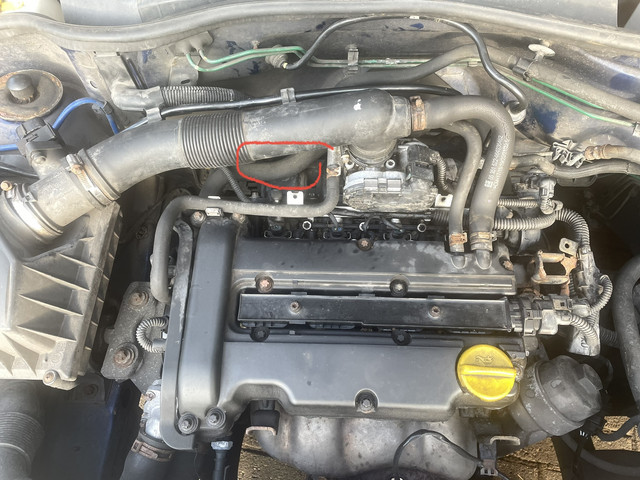 Thanks and I think you mean this one: 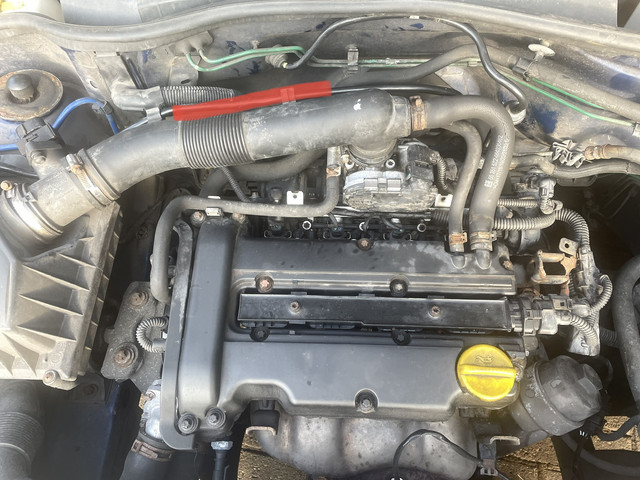 If so is it worth unplugging it which I think is at the right hand end looking at the photo if I’m not mistaken? Also what does it do out of curiosity and so I know what it’s called if it needs to be replaced?

I’ll get the other live data recorded and uploaded tomorrow that you suggested.

Joined Apr 15, 2012
·
106 Posts
@marks152 I had another check of the pipe this morning and couldn't see/feel anything obvious in terms of an air leak but I took the following video when the engine was running:


I think I can hear a hissing noise from somewhere near the middle or possible to the right of the throttle body, although I'm not sure and if so whether it may be normal as there will obviously be air going through the system anyway.

Also here is the data you suggested I obtain, which from looking at it the MAF doesn't quite reach 3.8v:

If you could have a look at these and let me know what you think please, that would be great. If it's not clear then I was going to ask another local garage who hasn't seen the car before to firstly check thoroughly for an air leak.

Thanks @marks152 and I assume you mean sounds like an air leak? If so I thought that too. I’ve tried water and electrical spray but I’ll give water another go and perhaps pour or spray it more slowly. I think on the video it gets louder as I move it towards the right hand side at the end.

Also do you think the MAF readings were ok in the data I uploaded?

marks152 said:
Give it a good dousing with water . Ill have a look at your readings when i get home.
Click to expand...

@marks152 Ok thanks and I will do. Sorry if this is a daft question but do I need to do this when the engine is fully warm or does it not matter?

I’m just wondering if any air leak might be more or less noticeable either way. I assume it probably won’t matter but always worth double checking.